Prior to joining MSU, Professor Adelaja served as the Executive Dean of Agriculture and Natural Resources, the Dean of Cook College and the Executive Director of the New Jersey Agricultural Experiment Station (NJAES) at Rutgers University in New Jersey, where he was on the faculty for 18 years. During his tenure at Rutgers University, he also founded and led the Food Innovation Center, the Food Policy Institute and the Ecopolicy Center and served as Chairman of the Agricultural, Food and Resource Economics (AFRE) Department. An eclectic scholar and policy development expert, Professor Adelaja is renowned for his work in the areas of land use policy, place redevelopment, economic development, conflict prevention and management, food industry development, food security, mergers and acquisitions, firm viability, emerging market structures, and public-private partnerships.

On a sabbatical leave from MSU, Professor Adelaja was appointed as Special Adviser on Economic Intelligence at the Nigerian Presidency from 2011 to 2016.  He also chaired the Presidential Initiative for the Northeast (PINE) and helped guide the development of the Presidential Committee on the Northeast Initiative (PCNI), which preceded the Northeast Development Commission (NEDC).  Being committed to effective corporate governance, Professor Adelaja sits on the boards of several companies.  For example, in Nigeria, he currently chairs the boards of Chapel Hill Advisory Partner and Chapel Hill Denham Management and serves on the board of Trustfund Pensions Limited. He also currently chairs the Africa Advisory Council of United Way Worldwide, one of the largest philanthropies in the world.

Professor Adelaja holds a B.S. (1978) from the Pennsylvania State University (PSU);M.S. (1980) and M.A. (1981) degrees in Agricultural Economics (1980) and Economics (1981) from West Virginia University (WVU); and a Ph.D. in Economics (1985) from WVU. From his Alma maters, he was recognized with the Outstanding Alumnus Award (PSU, 2002) and the Distinguished Alumnus Award (WVU, 2017). Professor Adelaja has also received several excellence awards for his distinguished scholarship, leadership and societal impact from academic societies, state and national government and non-governmental organizations. 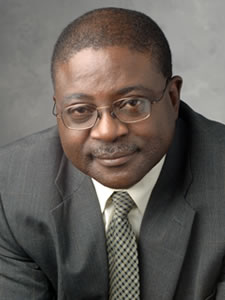